Home What Do You Do Book
Categories
Recently viewed

What Do You Do Book by Compendium 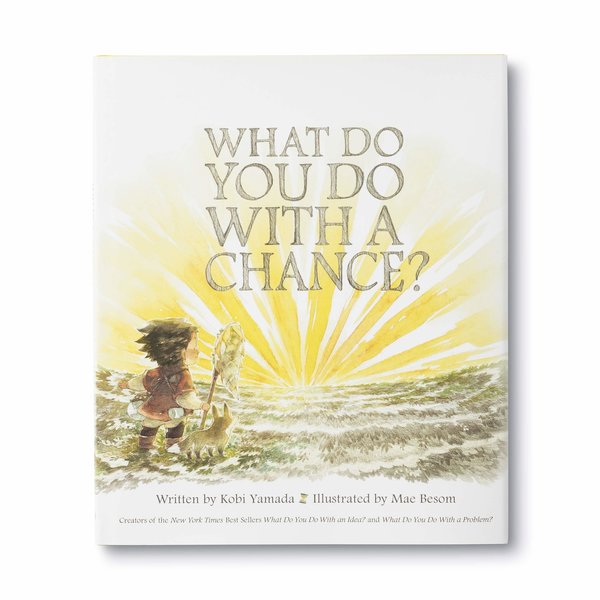 Chance: In this story, a child is visited by his first chance and unsure what to do with it, he lets it go. Later on, when a new chance arrives he reaches for it, but this time he misses and falls. Embarrassed and afraid, he begins ignoring each new chance that comes by, even though he still wants to take them. Then one day he realizes that he doesn't need to be brave all the time, just at the right time, to find out what amazing things can happen when he takes a chance

The final addition to the award-winning What Do You Do With…? picture book series created by New York Times best-selling author Kobi Yamada and illustrator by Mae Besom, What Do You Do With a Chance? inspires kids of all ages and parents alike to find the courage to go for the opportunities that come their way. Because you never know when a chance, once taken, might be the one to change everything.

Problem: This is the story of a persistent problem and the child who isn't so sure what to make of it. The longer the problem is avoided, the bigger it seems to get. But when the child finally musters up the courage to face it, the problem turns out to be something quite different than it appeared.

What Do You Do With a Problem? is a story for anyone, at any age, who has ever had a problem that they wished would go away. It's a story to inspire you to look closely at that problem and to find out why it's here. Because you might discover something amazing about your problem... and yourself.

Idea: This is the story of one brilliant idea and the child who helps to bring it into the world. As the child's confidence grows, so does the idea itself. And then, one day, something amazing happens. This is a story for anyone, at any age, who's ever had an idea that seemed a little too big, too odd, too difficult. It's a story to inspire you to welcome that idea, to give it some space to grow, and to see what happens next. Because your idea isn't going anywhere. In fact, it's just getting started. New York Times bestseller.

was added to your shopping cart